We drove up from the Twin Cities on Monday afternoon, passing through Duluth and driving up the North Shore. At Grand Marais, we turned inland and drove another hour and a half up the Gunflint Trail to Seagull Outfitters on Seagull Lake. We spent the night in the bunkhouse and embarked in two Kevlar canoes on a gray and misty Tuesday morning.

Armed with a map, I navigated us into the Boundary Waters proper and around the northern end of Three Mile Island. Seagull Lake is very large by Boundary Waters standards and apparently has over one hundred islands, which can make it tricky to navigate. We investigated two campsites on Three Mile Island and one on another, much smaller island, which was unfortunately taken, so in the end we went with the first campsite we looked at.

The sun comes out in the cove

We camped for three nights. During the day, we explored different parts of Seagull Lake: the palisades, some rapids, various islands. 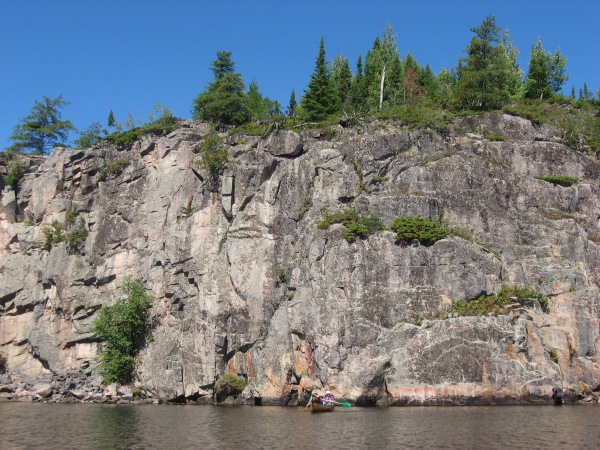 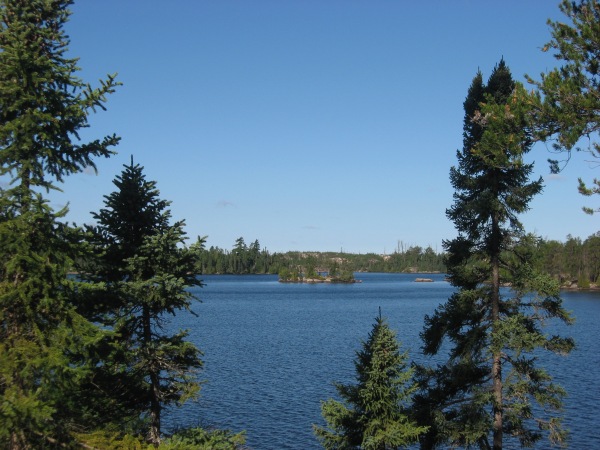 We had a campfire each night. We did not move campsites or do any portaging (even though we had light Kevlar canoes–portaging one of them sure beats carrying an 80-pound Grumman). We saw lots of birds: bald eagles, loons, common mergansers, gulls (it was Seagull Lake, after all), a woodpecker, gray jays. Our campsite was also home to at least one very territorial red squirrel who chittered constantly at us. We saw crayfish and minnows in the water and a bright green caterpillar on land, and my brother spotted a large turtle sunning itself on a rock. 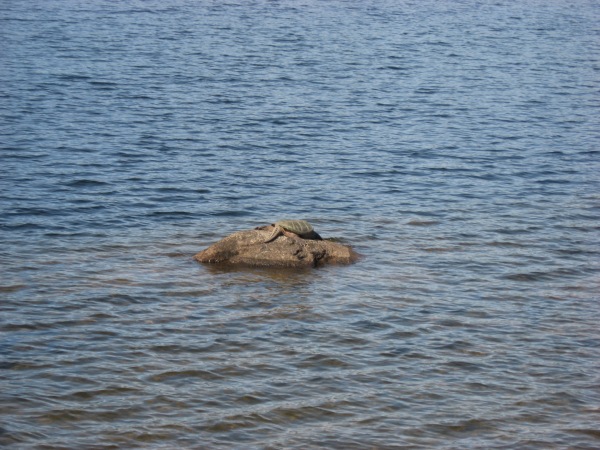 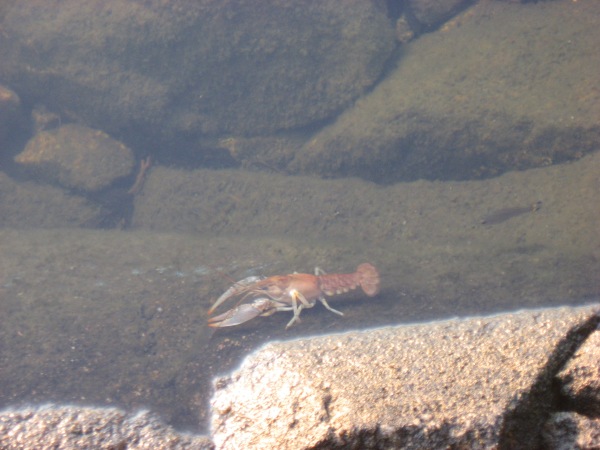 One of the best parts of going to the Boundary Waters is getting away from everything: enriching one’s MA thesis, revising one’s manuscript, remembering the day of the week. There is just water, sun, sky, rock, and trees. It’s peaceful and quiet and empty and wild. 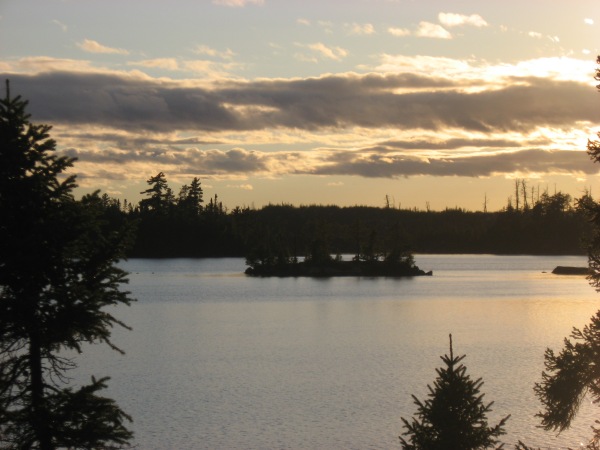 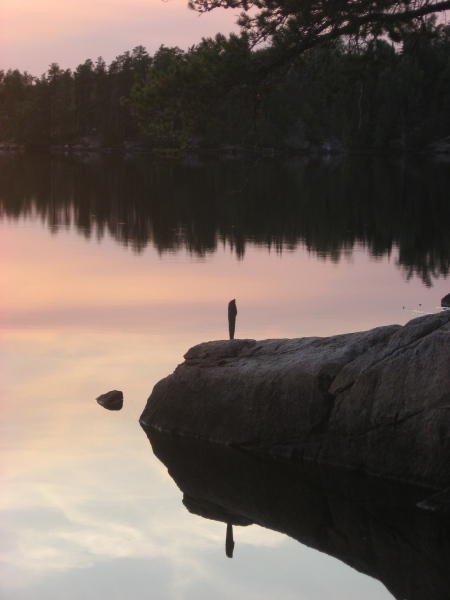 My mother is into rock balancing these days

The morning we left, we took a side trip to see a landmark labeled Falls on our map. It was at the north end of the lake, outside the Boundary Waters and near the U.S. Forest Service’s Trail’s End Campground. There was a small waterfall and rapids beyond, and we walked the 38-rod portage to see them and the lake at the other end. Then we paddled back to our outfitters and hot showers. 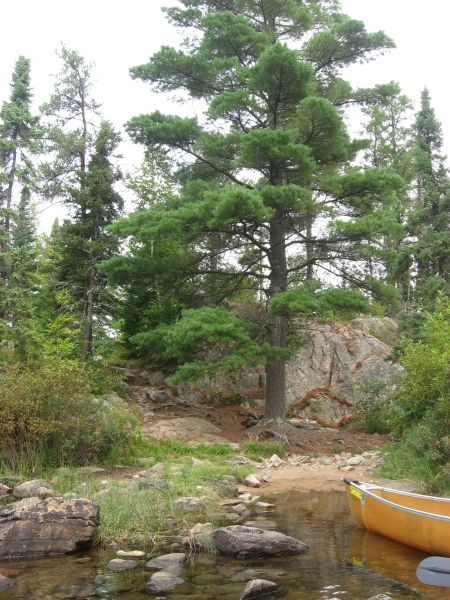 The start of the portage 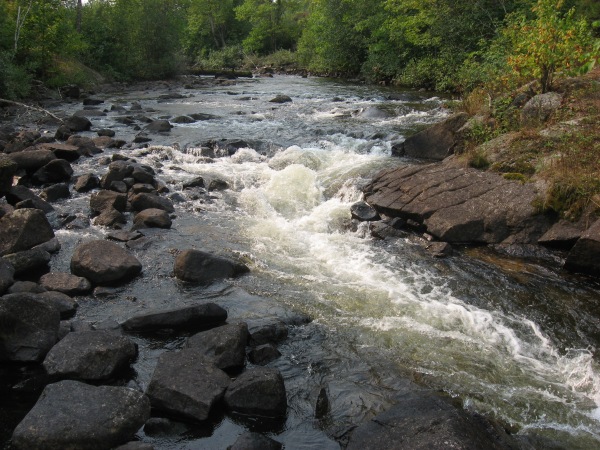 One thought on “The Boundary Waters”