Wildings just got a lovely review from Publishers Weekly!

The day after the opera, my parents and I visited Angel Island with some friends. We took the ferry from Tiburon to the island. 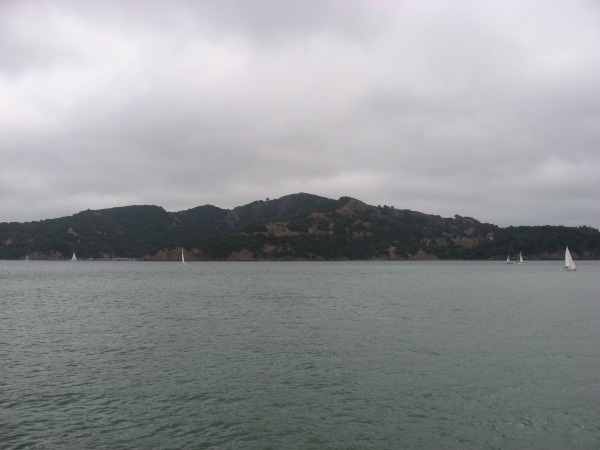 Angel Island was once home to an immigration station that processed hundreds of thousands of immigrants, most of them Chinese. Due to the Chinese Exclusion Act, Chinese immigrants were detained for weeks, months, or even longer on Angel Island. They carved poetry expressing their hopes, disillusionment, melancholy, and despair on the walls of the detention barracks, and some of these poems can still be seen today.

I was particularly excited to find a poem written by a Yee (余) from Taishan (台山) because my mother’s surname is 余 (Yee) and her family is from 台山! I could imagine that this poem was written by a distant relative of mine. 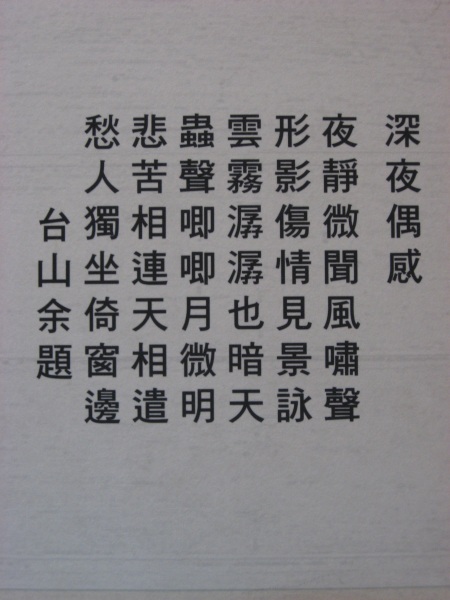 The poem in Chinese 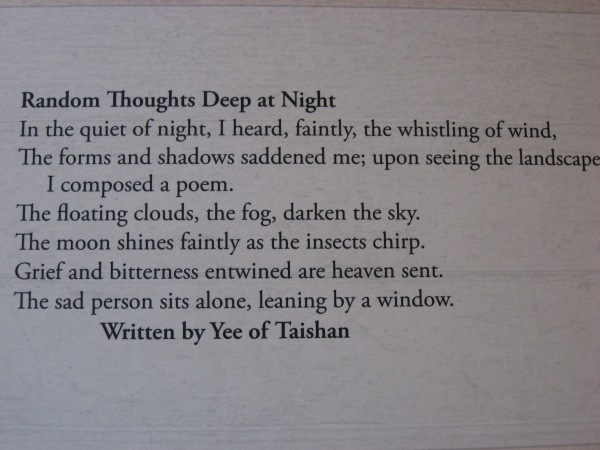 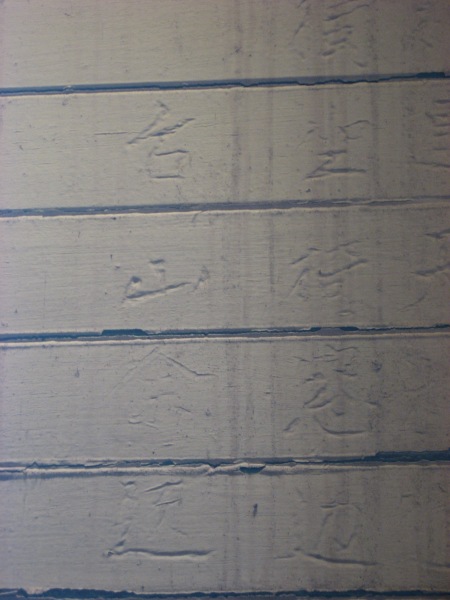 The poem itself on the wall (the end and the signature)

For a lovely story about a character from 台山 who spends time on Angel Island, read S. Qiouyi Li’s “Her Sacred Spirit Soars” in Strange Horizons.

The following day, we visited Muir Woods, a pocket of primeval forest in the mountains north of the Golden Gate Bridge. We arrived just after the park opened and walked among the towering coastal redwoods before too many hordes descended upon the wood. 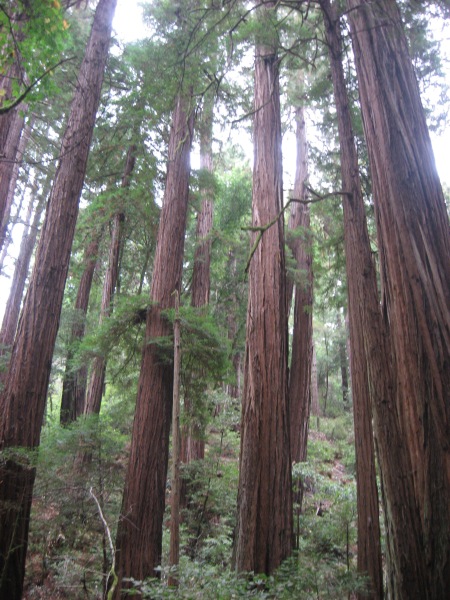