Last week Isabelle and I went to the Aquarium of the Pacific in Long Beach. It’s a splendid aquarium, and we spent a long time looking at everything. Here are some of the highlights:

Our first stop were the pools with rays, sharks, and horseshoe crabs, all of which you could pet. This is a bluespotted ribbontail ray, which has beautiful blue spots. I like how you can see the reflection of the leaves on this ray.

Then we bought nectar to feed the lorikeets! 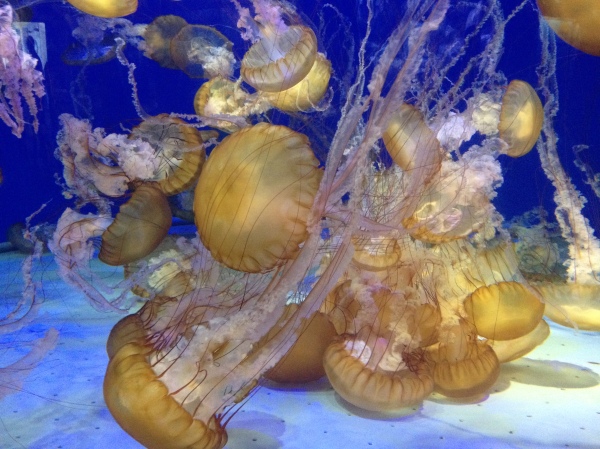 Jellyfish! There were many different kinds, and they were all mesmerizing. 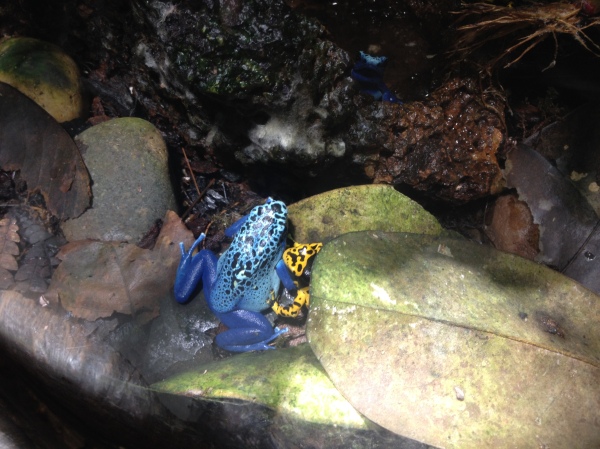 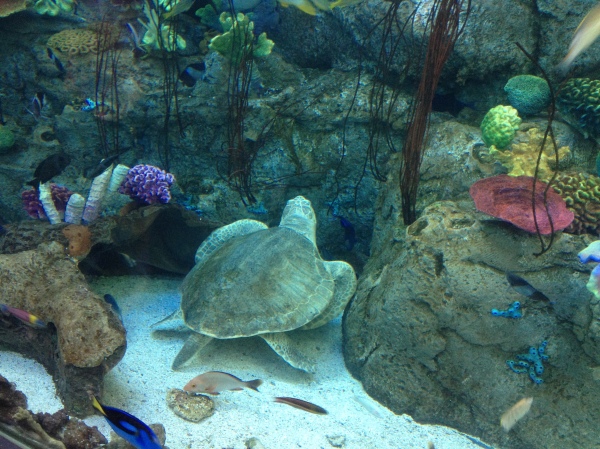 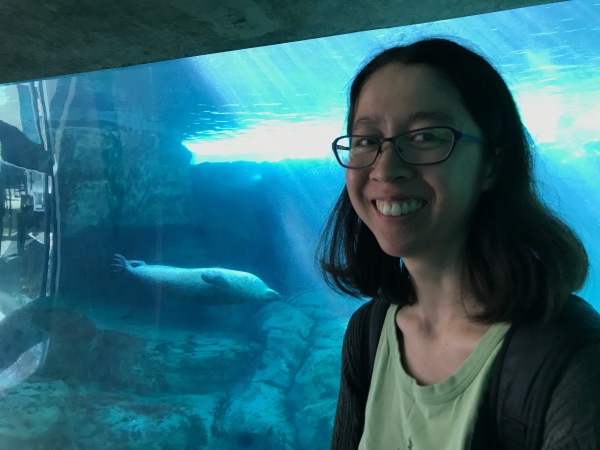 Me and Ellie the harbor seal! We caught part of the seal and sea lion show in the morning, and when one of the trainers announced that Ellie (short (?) for Elga) was 28 years old, we were quite astonished! That’s our age, basically.

In addition to the above, we saw:

After visiting the aquarium, we had pho for lunch and then walked to the central public library, which has a zine collection. (We’d tried to go after the Long Beach Zine Fest, but that was a Sunday, and the library was closed.) First we found my books!

Then we browsed the zines, picked out ones that had caught our eye until we each had a stack, and sat down to read them. I had chosen a couple by and about indigenous women and one that was a collection of someone’s Livejournal entries. Isabelle passed me one in which the artist/zinester annotated the journal he’d kept on a high school trip to Paris. I like the idea of reading other people’s diary entries, I guess, though I should know from my own journal that they’re often quite boring. I’m definitely not enmeshed in zine culture, and so far zines have tended to be hit or miss for me, but every so often I stumble upon a sentence that’s so relatable it feels a little magical.