I returned to Minnesota this week after spending nearly 90 days in France. If you’d asked me in the winter how I thought my spring was going to go, I could not have envisioned what actually came to pass! But I feel very lucky to have gotten to spend the entire French confinement, as well as the first phase and a bit of the déconfinement, with Isabelle and Olivier outside of Paris. 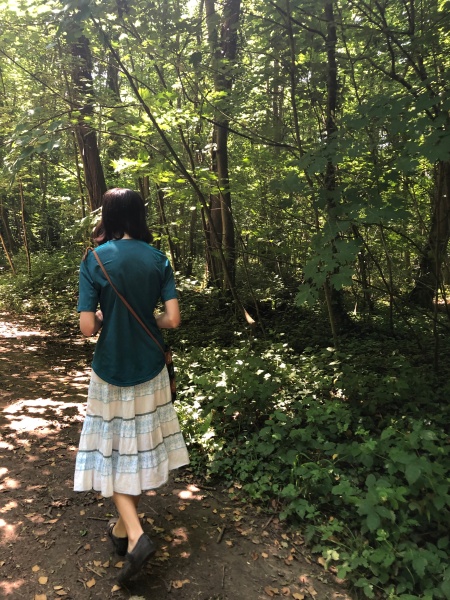 A walk in the Forêt de Meudon

Writing-wise, I ultimately had a very good confinement. (This is not to promote any kind of if you haven’t learned a new language or launched an online business during quarantine you’ve failed at the pandemic sentiment. No one needs to do anything more than do their best to make it through.) I sank back into drafting what I hope will be my next book, and when it looked like the finish line might actually be in sight, I strove to cross it. I finished the rough draft (emphasis on rough) on my last full day in France. Toward the very end of my stay, I also made two short story sales within a week; I hope to have more to say about those stories soon.

I have returned, of course, to a country still grappling with COVID-19 and lit by a renewed uprising against violent racism and police brutality. I have returned to the city that sparked the latest protests. Like I said at the beginning of the pandemic, I don’t have much to say that others aren’t already saying better. But we must all be doing the work. Here’s something I wrote almost exactly three years ago when the police officer who killed Philando Castile was acquitted. I think we need to be thinking seriously about what role, if any, police forces should have in our cities. What would it take to abolish the police? In the meantime, take care of yourselves, your family, your friends, and your communities.

2 thoughts on “Return from France”