It’s been fairly cold in the wintry north since the turning of the year (though somehow the East Coast still gets the best snowstorms). Back in January, while I was still on winter break, my family enjoyed some distinctly wintertime activities. First, my brother works in the theater world, and his home base, the Zephyr in Stillwater, built their second ice maze this year. As a sound designer, he was in charge of curating the playlist. I kept suggesting film scores by Prokofiev, but I’m not sure he took me up on any of my picks (I mean, why wouldn’t you want visitors to your riverside ice maze listening to the soundtrack to the battle on ice from Alexander Nevsky?). Anyway, we visited the maze on a Sunday evening, when colored lights illuminated the giant blocks of transparent ice. I also went down the big, slippery ice slide.

Later, we went cross-country skiing at Hyland Lake Park Reserve for the first time in several years. It was a warmer day, a good day to spend outdoors. I should really ski more often!

Back on the ski trail 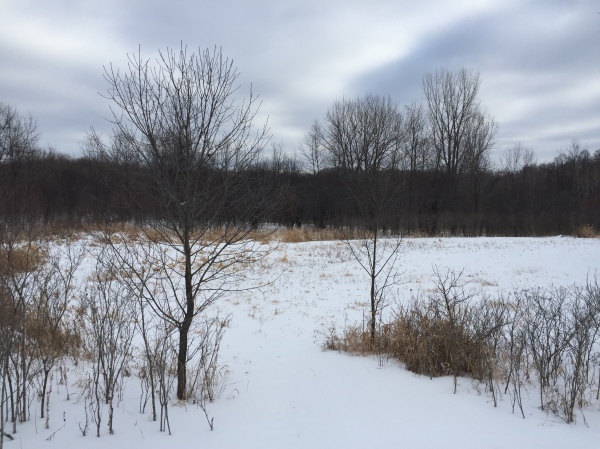 They’re hard to spot, but there are two deer in this picture

A sky of soft-edged clouds