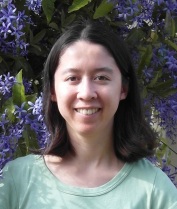 Eleanor Glewwe was born in Washington, D.C. and grew up in Maryland and Minnesota, with a brief interlude in Paris. She attended Swarthmore College, where she majored in Linguistics and Languages and worked in the music library. After graduating, she spent a year at an interfaith advocacy organization, working for social justice at the Minnesota legislature. She then spent six years in Los Angeles earning her Ph.D. in linguistics. In addition to being a writer, Eleanor is a musician and a folk dancer. Originally a cellist, she has added a fiddle and a hammered dulcimer to her collection of musical instruments, and she enjoys shape note singing and Georgian polyphony. She currently lives in Iowa, where she teaches linguistics at Grinnell College. Her debut novel SPARKERS, a middle grade fantasy, was published by Viking in 2014, and its companion WILDINGS came out in 2016.