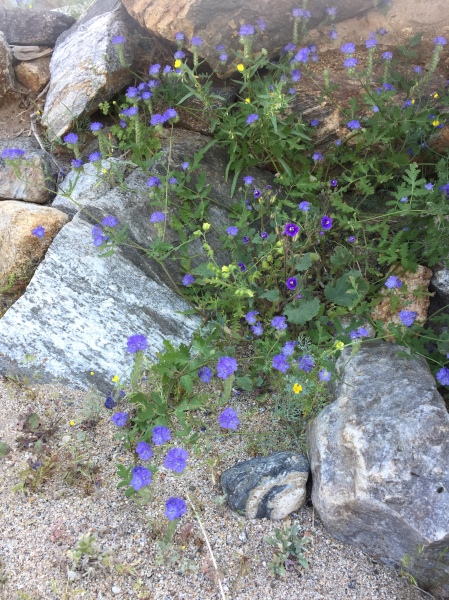 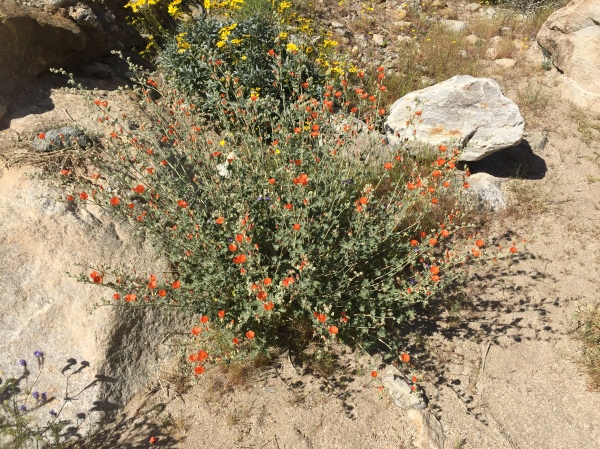 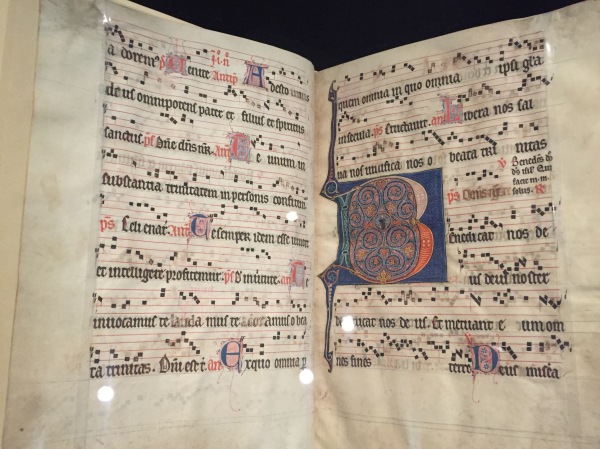 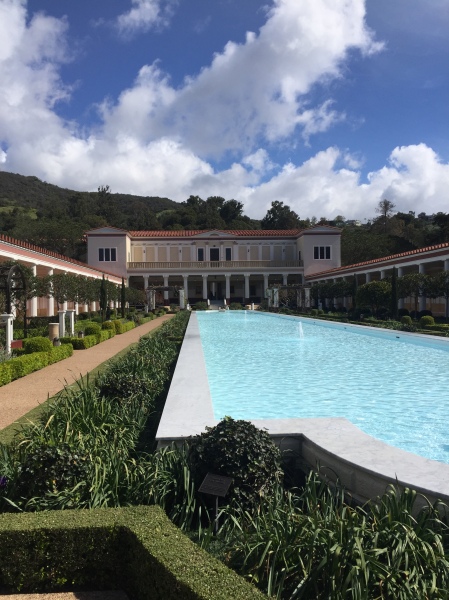 Last Tuesday, my advisor e-mailed the members of our Georgian chorus from Montreal to tell us that a Georgian yodeling workshop was taking place that evening in Los Angeles at the Machine Project. It was very short notice, but my friend Isabelle and I decided to go. At 8:00pm, we found ourselves in a mostly empty storefront with white walls and a wooden floor. Around the edges of the room, there was some sound equipment, a cooler of beer, and a collection of potted cacti. The workshop leader, Linnea, greeted us.

Once about sixty people had shown up, we all stood in a big circle, and Linnea taught us yodeling patterns for an orira, a type of Georgian song made up entirely of nonsense syllables. She also taught us the melody (meure) part. Isabelle had done some yodeling before for one of our choir’s songs (a different orira), but I’d never tried it before. The patterns all consisted of the interval of a fifth, plus the minor third below, with the top note sung in head voice and the two lower ones in chest voice.

After we’d learned all the patterns and done some antiphonal singing, in parts, the second half of the evening commenced: collaborating on a group improvisation with loop machines. This was not really my thing, so I dropped out after a while and went to talk to people out on the sidewalk. Somebody told me there was a theater in the basement of the Machine Project, so Isabelle and I went downstairs to check it out, and indeed there was a theater, with a little raised stage, movie theater-style seating, and an old upright piano. Before we left, we told Linnea about our Georgian chorus.

Last Thursday, I took the day off to go see an exhibit at the Getty Center entitled Cave Temples of Dunhuang: Buddhist Art on China’s Silk Road. My father used to travel to Gansu Province, where the caves are, for work, so I’d heard of them before, but I’ve never been to China, nor had I ever read much about the caves. I got to the museum bright and early and got one of the first batch of timed tickets for the replica caves. Yes, they actually built and painted replicas of three of the cave temples, one from the 5th century, one from the 6th century, and one from the 8th century, and you could walk into them to see the statues of Buddhas and the detailed wall paintings and the intricately decorated pyramidal ceilings. The only drawback was that we were only permitted to spend about five minutes in each cave. 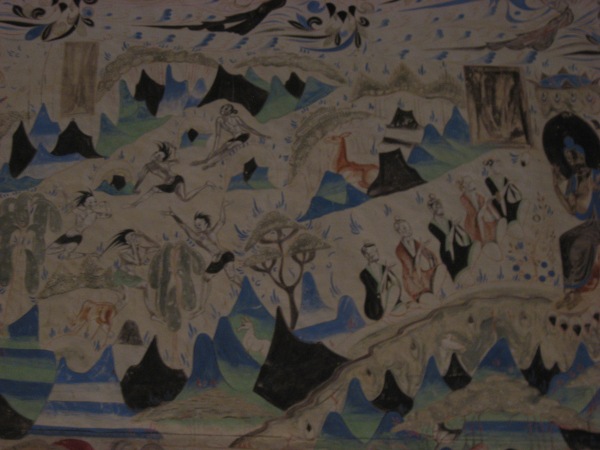 Dim photo from inside one of the replica caves

Next I went into the virtual immersive tour of Cave 45, for which we had to don 3D glasses. That was interesting because it was narrated, so our attention was drawn to various details of the sculptures and paintings. Then I went into the gallery exhibition, which featured manuscripts, sketches, banners, and European-drawn maps of western China. Many of the artifacts came from the Library Cave and are owned by the British Museum or the Bibliothèque nationale de France. My favorite pieces were four manuscripts (all from the 9th or 10th century, I believe) meant to showcase the religious diversity of the materials found in the Library Cave. There was a Chinese Christian text, a Hebrew text, a spell book in Turkic runiform (the oldest extant text in this script), and a manuscript written in Brahmi with Sogdian transliteration (I’d never even heard of Sogdian script!). There was also a beautiful Chinese manuscript in gold ink on indigo paper. I could pore over these kinds of objects forever. I also liked the depictions of musical instruments in one of the cave paintings, including what looked like a sheng!

From there, I went to the current illuminated manuscripts exhibit, Things Unseen: Vision, Belief, and Experience in Illuminated Manuscripts. I love looking at these too! The margins of all these psalters and books of hours are filled with intricate leaf and flower patterns, with plenty of gold. I like the ancient paper and staring at the texts in Latin, English, French, German, and even Ge’ez!

Before leaving the museum, I got another timed ticket for the replica caves and went through them again, this time lingering as long as I could.

This past weekend was a bit of a whirlwind. Be warned: this is a long post with lots of photos!

I devoted most of Saturday to visiting the Getty Center. Allow me to tell you how we got there. The Getty’s website will tell the intrepid public transportation user to take the 761, which will drop you off right in front of the entrance. However, I didn’t really know where to catch the 761 (nowhere particularly close to where we live), and it would cost money (though the fare is admittedly cheap). On the other hand, we have passes for the Big Blue Bus, and I saw that we could catch the 14 practically on our doorstep and ride it to the end of the line, which seemed to be just a few blocks south of the Getty entrance. So we rode the 14 to the end of the line and began walking north on Sepulveda Blvd, only to discover that the sidewalk ended almost immediately. Beyond, Sepulveda looked more like a highway, running alongside the 405. There was no sidewalk on the other side of the street, only the dirt embankment of the freeway.

Silly me for assuming Los Angeles would be designed for pedestrians. But no matter! If we went one block eastward and struck out north, we might find a way back to Sepulveda at a point where it had a sidewalk again. The streets weren’t quite grid-like, but as long as we kept track of the cardinal directions, we would be fine. We found ourselves wandering through the quiet and very exclusive-feeling streets of Bel Air. We hopefully followed a long, meandering lane whose through-ness was ambiguously labeled and reached a dead end. Hopes dashed, we doubled back to the last outlet onto Sepulveda, at which point it became clear we would have to walk on the sidewalk-less curb or retrace our steps by quite a ways to find a 761 bus stop. We chose to go forward.

Happily, after a short stretch of Sepulveda in which we had to push past shrubs, an asphalt path, narrower than a sidewalk, appeared, and we were able to walk on that until the sidewalk returned. The moral of the story: you can’t really take the 14 to the Getty.

Once through the entrance, we rode the tram up the hill to the Getty Center itself. The Getty has gardens, multiple pavilions of art, and panoramic views of Los Angeles, and apparently the architecture of the place itself is impressive, though I’m afraid I didn’t pay much attention to it. I’d heard the Getty had illuminated manuscripts and some famous Impressionist paintings, so seeing those was my priority.

The illuminated manuscripts currently on display are all part of an exhibit called Chivalry in the Middle Ages. This is a page from Tristan and Isolde (or Yseult, or whatever your favorite spelling is). The manuscript is in French, and I was surprised how much I could read and understand of this and of the copy of the Roman de la Rose. The chief impediment to understanding was the script, not the actual words.

I liked this plate (which might be…Italian?) for the ship in the center. It was only when looking at the photo at home that I noticed the musical instruments around the edge.

This is apparently Orpheus, even though I always picture him with a lyre. On the left side of this vase is a depiction of the prophet Elisha, who, in an episode I do not recall from 2 Kings, had some sort of mystical experience provoked by the sound of a stringed instrument. 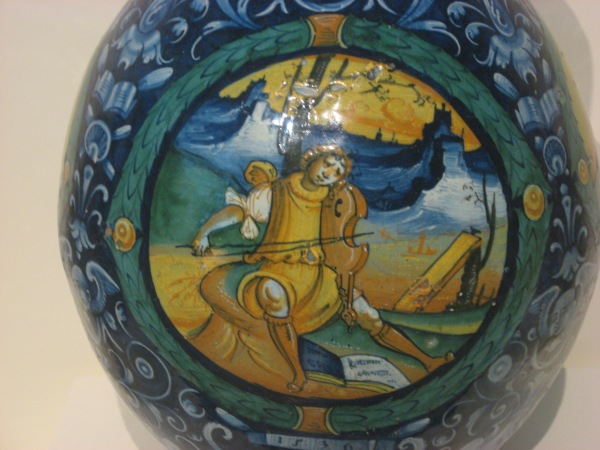 You can probably guess why I took a picture of this portrait. 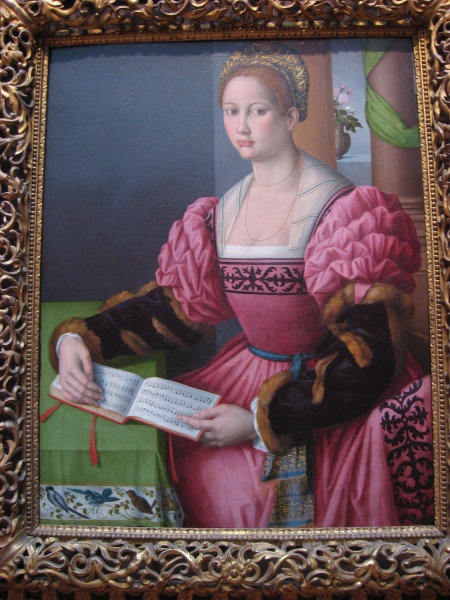 If you squint at her music, it almost looks like a shape note tunebook!

We left this pavilion and took in the view from the hilltop. We could see mountains in the distance, but also the smudgy air settled over the city. We spotted UCLA, which includes the reddish Romanesque buildings in the middleground of this photo.

Next, we looked at some more recent art. These goats in J. M. W. Turner’s Modern Rome–Campo Vaccino are so cute! 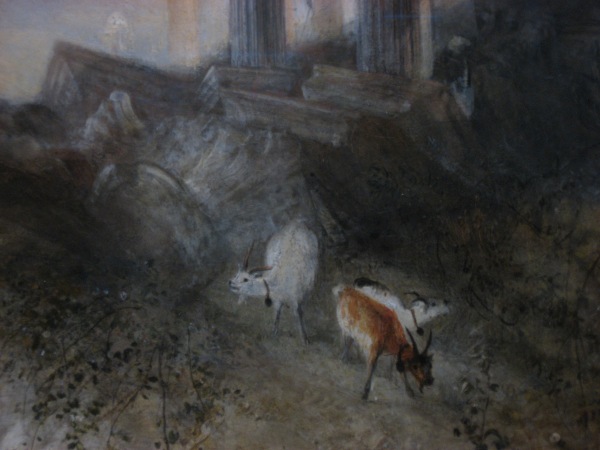 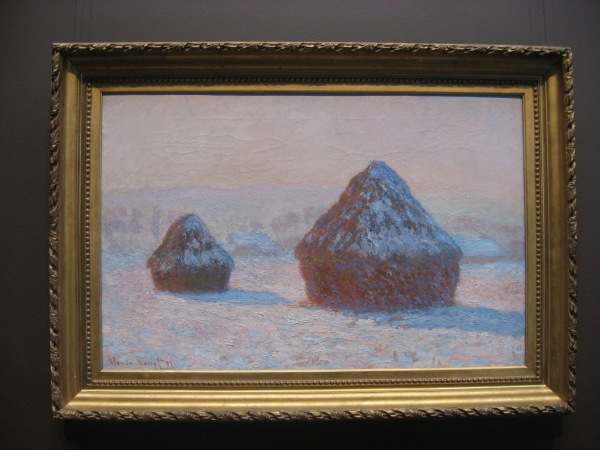 The Getty also has Vincent van Gogh’s Irises, which was beautiful.

From the museum, we moved on to the main garden, which is basically a bowl with a fountain/azalea maze at its center. It was pretty enough, and there were some interesting plants, including a huge, tree-like Angel’s Trumpet (Brugmansia), a pomegranate tree (California is so exotic!), and a vine with unusually-shaped purple flowers that made me think “sweet pea,” though I could be totally wrong. Weirdest of all was the black petunia below; I overheard a woman talking about it and had to go find it.

By the end of the day, we were exhausted, but our trip to the Getty was well worth it. Oh, and on our way home, we caught the 761 directly in front of the entrance.

Other things I did this weekend:

What is with Russian candy and squirrels?