After the conference in Lisbon, I spent most of the last week of June with Isabelle in Paris. I hadn’t been to Paris, or to France, since 2011, when I studied abroad in Grenoble, and it was wonderful to be back. We stayed with Isabelle’s parents in their apartment in the 16e arrondissement. Forthwith, the highlights:

With Isabelle’s partner Olivier, we went to visit our old haunts in the Latin Quarter. First we got off at my old metro stop, and I successfully led us to the apartment building on rue des Écoles where my family lived in the fall of 2004 during my father’s first sabbatical. Then we went to Henri IV, the celebrated school where Isabelle did her prépa. (In 2004, we tried to enroll me in Henri IV’s middle school, since I lived in the neighborhood, but they didn’t have room for me.) There was a little book festival happening in the courtyard, so the school was open to the public. We checked out the books and then wandered all over the school.

The courtyard of Henri IV

We tromped through more of the 5e arrondissement (I was impressed by how many things remained unchanged) and wound up near the Seine. We abandonned the idea of visiting Shakespeare & Co. when we saw the hordes outside and instead got gelato at Amorino and walked along the river down by the water. We had dinner at the Paradis du Fruit and returned to Passy near 10:00pm. We stopped on the bridge in hopes of watching the Eiffel Tower light up, but 10:00pm came, and…nothing! Because it was still day. The evening light in Paris was wonderful; it’s the farthest north I’ve been around the summer solstice in years, and it was glorious. 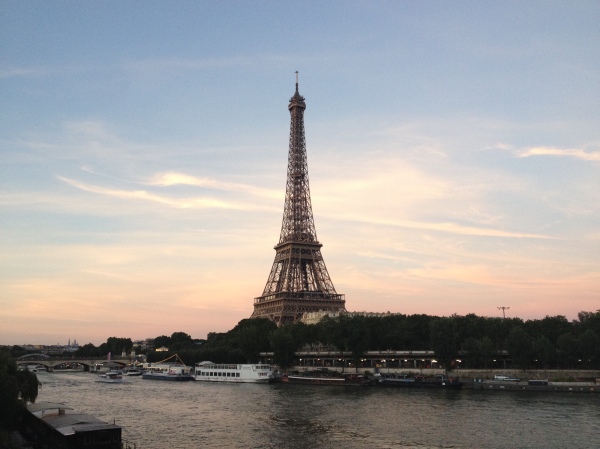 Isabelle and I walked the promenade plantée and then went to the Canal Saint-Martin, both places that were new to me. Standing on a bridge over the canal, we saw a boat approaching the lock underneath us and decided to watch it go through. There was an automobile bridge that had to move to let the boat pass, but it wasn’t a lift bridge. Instead, the part of the bridge over the canal swung around on a pivot to open a passageway. A trio of shirtless young men were frolicking in the space into which the bridge had to swing, and then one of them took a ride on the moving bridge until a testy voice amplified from somewhere asked him to please get off. While the boat waited in the lock for the water to rise, a duck and her ducklings swam about in agitation.

We explored Passy, including the cemetery, where we found the grave of a Georgian prince and princess. We found a stand inside an indoor market that sold pasteís de nata, and they were as tasty as the ones we’d eaten in Lisbon! Then we went to the Maison de Balzac, even though I am Team Zola (Isabelle is Team Balzac). The house Balzac lived in is now a museum. We visited the room with the desk where he wrote something like 18 hours a day, fueled by coffee. Not quite the lifestyle I aspire to. We also pored over the Généalogie des Personnages de la Comédie Humaine. For dinner, we went to a crêperie in the neighborhood.

We found me in the family tree. The red line indicates a lien extraconjugal.

My parents and brother flew into Paris and came to Isabelle’s parents’ apartment for a grand meeting of families and lunch. My family went on to southern France, and Isabelle and I met up with her friend Alice. We walked along the quais and ate shengjianbao. 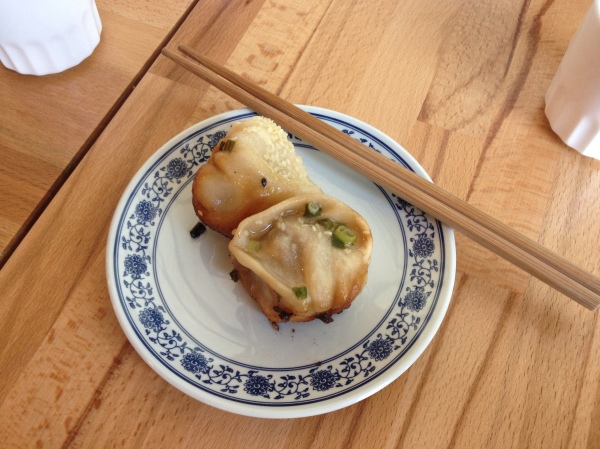 Then Isabelle and I went on the Louvre, open late on Wednesdays, and wandered through a lot of galleries of European art, eventually getting to Africa, Southeast Asia, and Oceania, before the museum guards started herding us all toward the exits. We sat on the grass outside and watched the full moon rise over the Louvre, then walked to the Pont de la Concorde to catch the Eiffel Tower lighting up at 11:00pm.

Isabelle and I went to the 13e arrondissement to visit some more of our old haunts, including Collège Rodin, where I went to middle school in 2004, and her old apartment, kindergarten, and elementary school. We had lunch at a Vietnamese restaurant and then came back to the 16e to visit the Musée Guimet, the Asian art museum. I felt like we’d barely scratched the surface of the collection before the museum announced they were closing early due to the metro strikes. We ambled over to the terrace of the Musée de l’Homme to share a glace à l’italienne and take in an iconic view of the Eiffel Tower. After stopping to look inside Notre-Dame de Grâce de Passy, the church next to Isabelle’s parents’ place, we went home and helped wrap wontons for dinner. 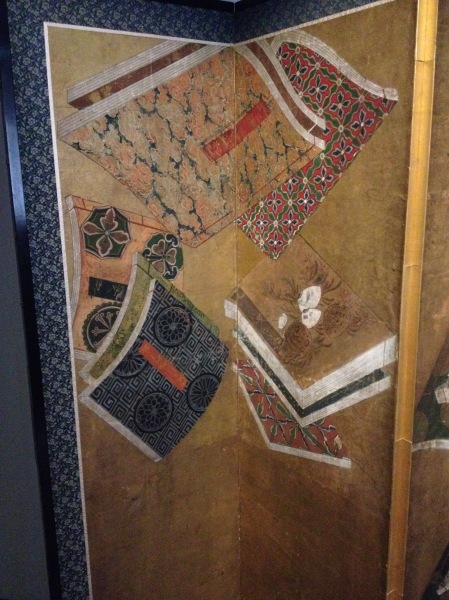 On Friday morning, I flew to Toulouse to join my family.