First, a bit of book news: Wildings received a review I’m quite pleased with from Kirkus!

I kept up my tradition of making it to the Minnesota State Fair every year I can. Here are some photos:

I started off with the beer brat buddies 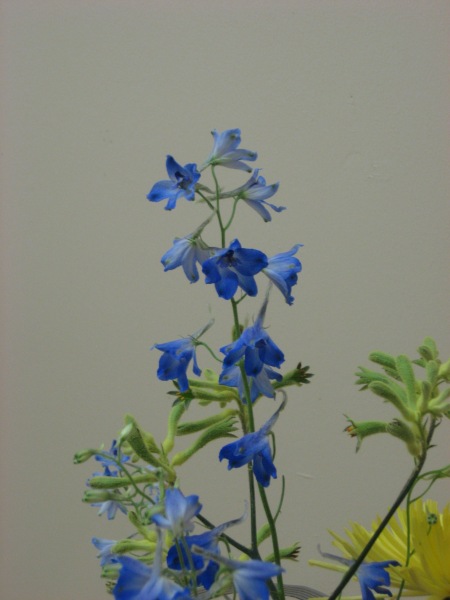 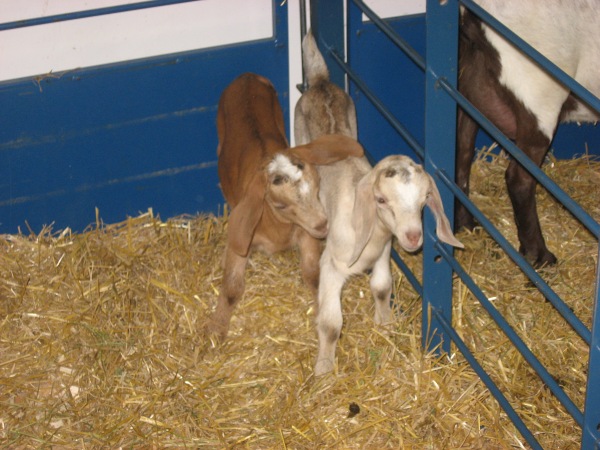 Kids in the Miracle of Birth Center

Sheep in the Sheep Barn

Cattle in the Cattle Barn 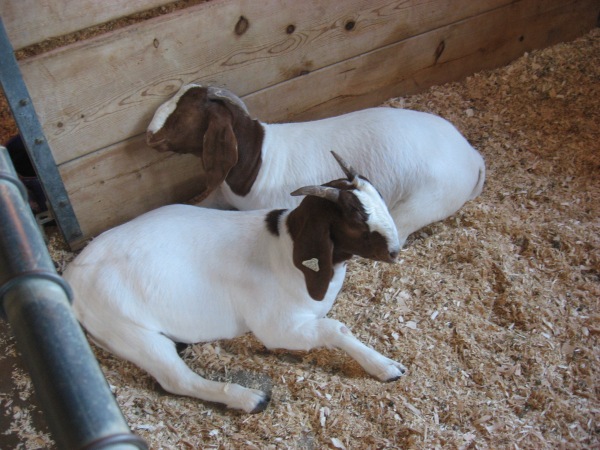 There was once again a sad dearth of goats, just two rows of Boer goats in the Swine Barn. Clearly Read and Ride Day (i.e. library card discount day) does not coincide with goat judging. I may have to adjust my fairgoing strategy.

Art in the Fine Arts Building

And to finish, a trio of Minnesotas:

U of M research center Minnesota

In Minnesota, the State Fair is a big deal. Depending on how you measure it, our fair is the largest or the second largest in the country. During these Twelve Days of Fun Ending Labor Day, a common conversation starter is Are you going/have you been to the fair? As the end of August approaches, people wait eagerly for the critics’ write-ups of the year’s new foods (2015 introductions include the mac & cheese cupcake, kimchi ‘n’ curry poutine, and BBQ pickle ice cream).

I missed the fair last year, but this year I spent the better part of a day there. Here’s what I saw and ate:

Sheep in the Sheep Barn 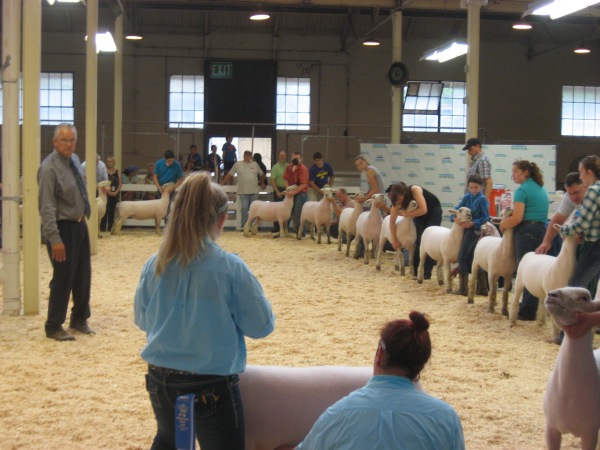 I stumbled into the sheep program. A judge from Indiana inspects the yearling ewe class. The first place ewe he ultimately chose beat the second place ewe because “she [came] together a little nicer in that neck and shoulder region”. 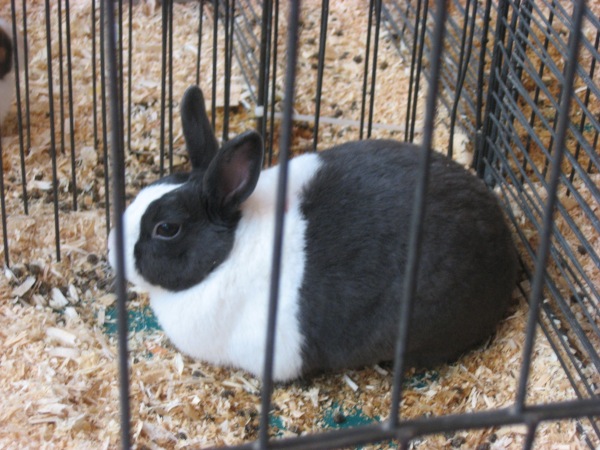 A new lamb in the immensely popular Miracle of Birth Center. 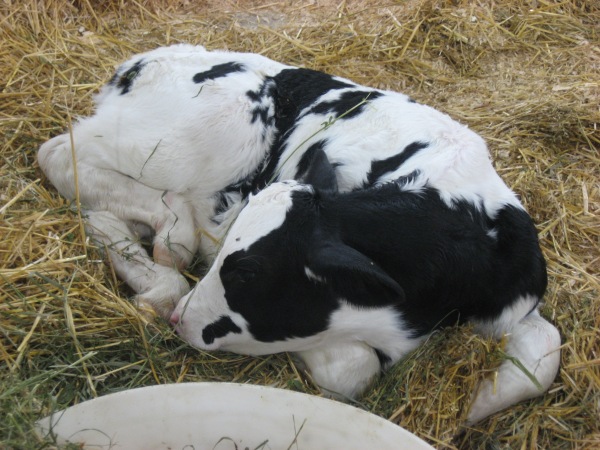 A calf in the Miracle of Birth Center.

This is Captain Jack, this year’s largest boar. He weighs 1,080 pounds. 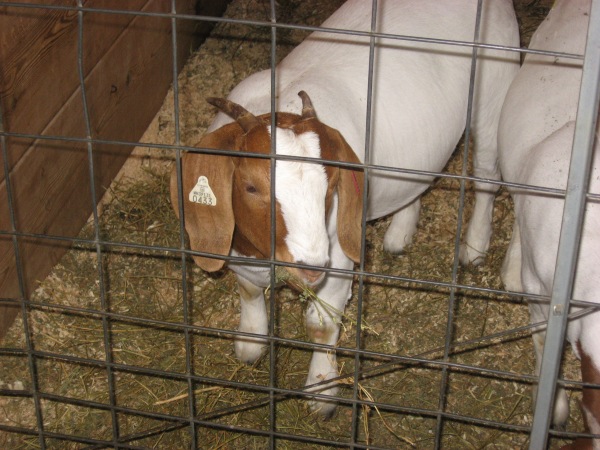 There was an appalling lack of goats in the Swine Barn (their usual home) this year. Nothing but these Boer goats! I wanted Oberhaslis!

Yeah, it doesn’t get much more Minnesotan than this.

The first thing I ate this year was a new fair food, a Bapple (blueberry-apple) hand pie from Sara’s Tipsy Pies.

The seed art is always great.

Or a truly monstrous kohlrabi. To think the farmer who grew that one on the white tray thought they had a shot at largest kohlrabi! Little did they know.

The first place winner of the Giant Pumpkin Contest. This pumpkin weighs 1,473 pounds, more than the largest boar.

You can also win prizes just for growing some nice tomatoes. 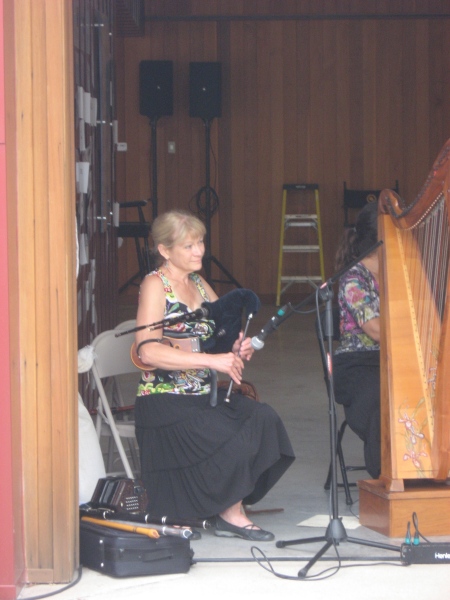 I caught the Celtic duo Willow Brae playing under the AFL-CIO marquee. Here, the Scottish smallpipes! She also had border pipes. 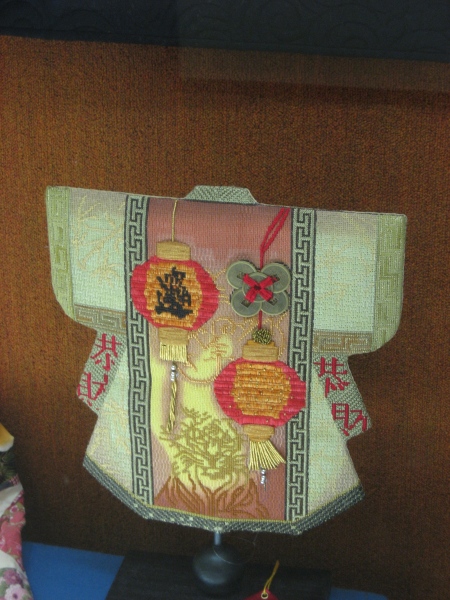 And in a different vein… 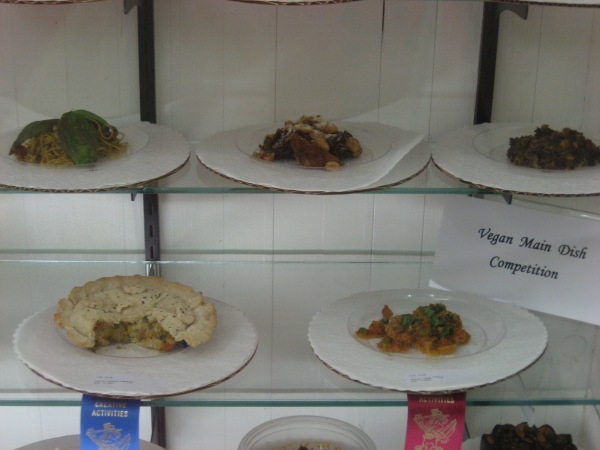 Not the most photogenic contest 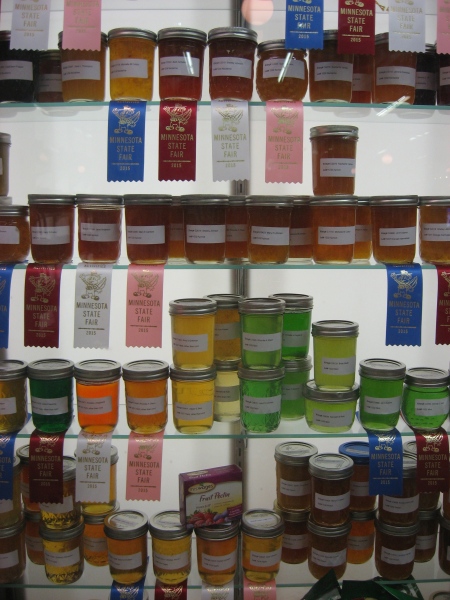 What passes for ethnic baking in Minnesota